It’s the most wonderful time of the year, Howard Homecoming.

So, homecoming was off to a rough start. An organized and lackluster pep rally was the week’s kick off. Getting into the event was nearly impossible, someone got seriously injured, and I was super close to just leaving the event because it was that poorly organized to get us in. The band, cheerleaders, and Bisonettes (one of the dance teams on campus) gave us amazing performances though and DMV (DC, Maryland, Virginia) artist came and performed his hit single “Pull Up, Hop Out.” I probably should’ve been excited for the performance but Will has literally performed that song 5 times on campus since I’ve been there.

The crowd to get in

The crowd to get in

Tuesday wasn’t off to a much better start. This time not because of an event but because of a threat to the campus had us all on edge, and created fears that the night’s event would be cancelled. Luckily nothing occurred, classes were cancelled (AMEN), and YouTube Black Fanfest was still on. For some context Fanfest is a free event put on by YouTube, the show Tuesday was the first one to be put on in the United States. And it was for the black YouTubers, which made it extra fun because Howard University is an HBCU (historically black college/university). The show starred VanJess, Tre Melvin, Summerella, RANDOMSTRUCTURETV, Alonzo Lerone, MilesJai, Amber’s Closet, Spoken Reasons, Daina, and Dormtainment. The host was TPindell and Daniel Caesar gave an excellent musical performance. There were also some popular stars in the crowd like Alyssa Forever, Todrick Hall, Kingsley, Domo & Crissy, Jay Versace, and Reggie Couz, Alphacat and more. I had a meet and greet pass so I was able to sit super close and meet so many cool people both before and during the show. 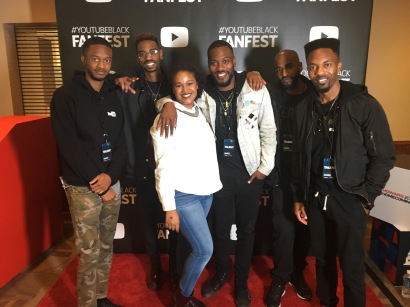 Thank goodness there were no events on Wednesday so I had time to get my life together.

Now it was time for the real deal, homecoming weekend had officially begun and it was time to serve looks. First up was the fashion show, Pulse, which means that there’s a fashion show in the audience and on stage. Howard University was ranked as the second best dressed school in America once, right after NYU, and the student body takes that position very seriously. (No seriously expect stilettos and high fashion street style 24/7). 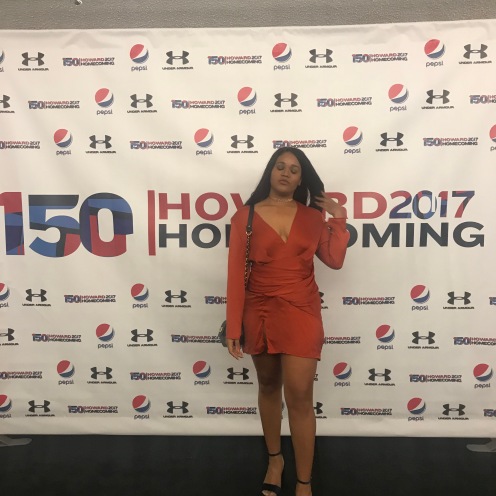 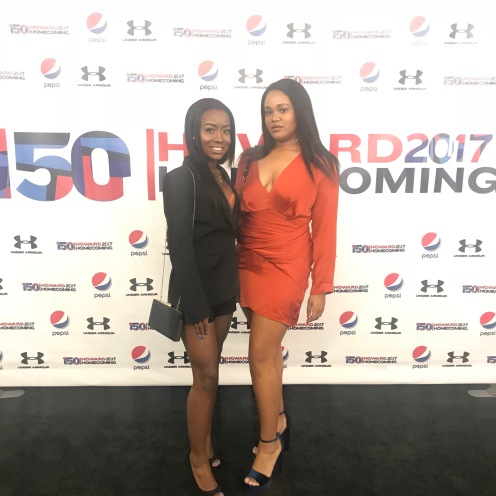 I mentioned this in last year’s homecoming recap, but Yardfest is the event to end all events. The outfits are amazing, the performances are fantastic, and the energy is unmatched. However, this year’s show was slightly disappointing. There were no surprises (and there typically are) and the line up was somewhat subpar. We had Doug E Fresh, who did the same routine he did when I saw him at Spelman when I was 10, Kid Capri, who literally just did what Howard DJ’s do but with less audience support, Machel Montano, whose  performance I missed, Tory Lanez, who did okay but wasn’t the star power we needed to make up for the other things. The headliner was Rick Ross, and even without my issues with his casual validation of date rape, he doesn’t have the discography to get on stage and perform by himself. I still had an amazing time though. Thank goodness the student body and alumni have such great spirits and personality because that lineup was working against us. (The step show was also this night but I didn’t have a ticket so I wasn’t able to attend.)

The funniest moment was when my roommate ran up the hill because she thought SZA was performing, but it was some girl no one ever heard of performing Love Galore.

So, I went to brunch before the tailgate and got the “itis” (when you’re super sleepy after a big meal). So, I ended up taking a super long nap but, I did finally get out there and once again I was reminded that there’s nothing like a Howard University Homecoming. Thousands of people, music, dancing, and the wonderful smell of BBQ are the calling cards of the tailgate. Plus, WE WON THE GAME. 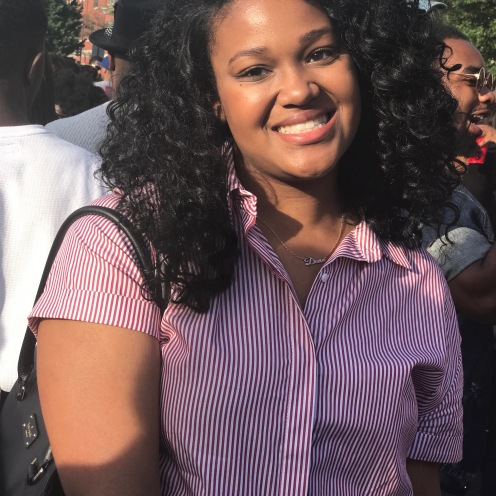 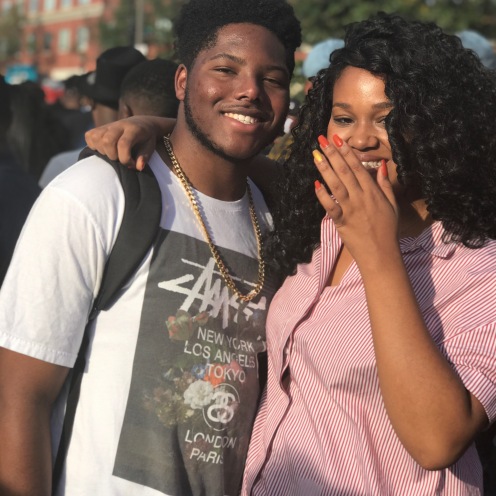 My boyfriend and I

My boyfriend and I 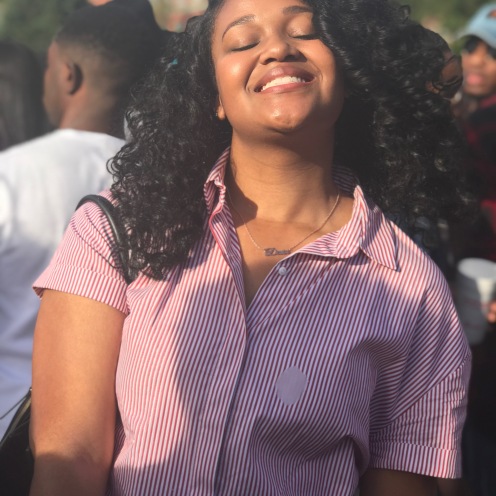 Fun fact: I wore a different wig everyday this weekend.
Where do/did you go to college (if you did)? What were the traditions? What was your favorite memory? Let me know below!